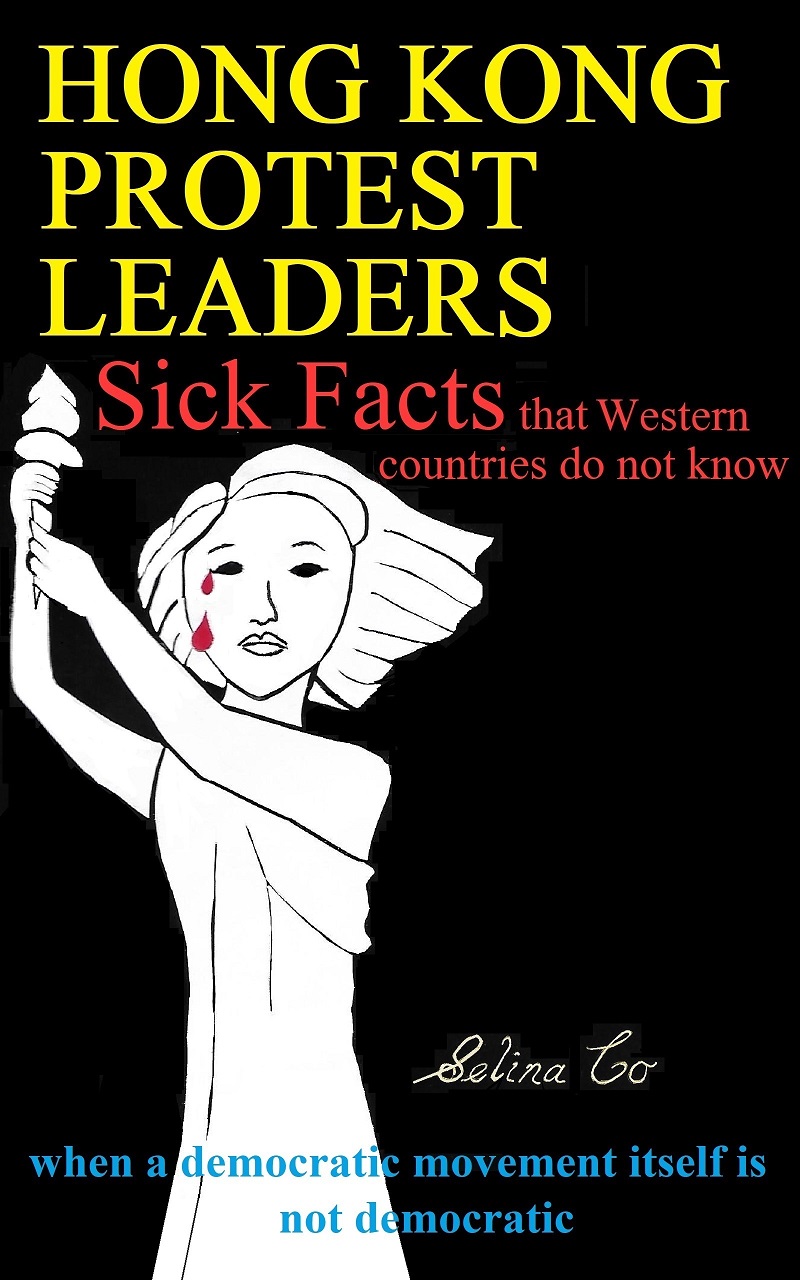 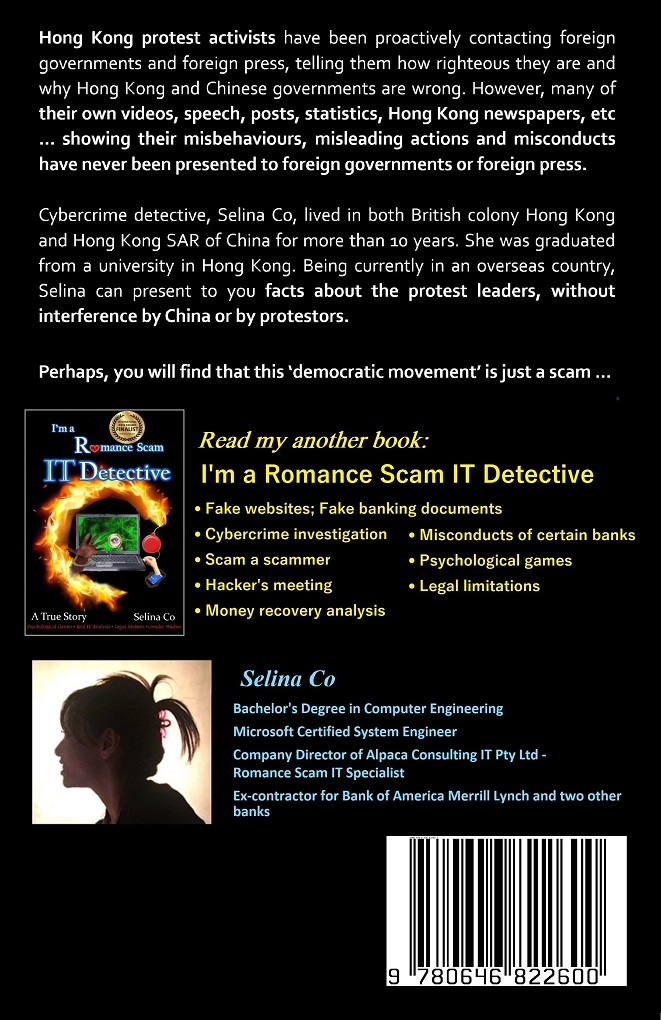 Hong Kong Protest Leaders – Sick facts that Western countries do not knowwhen a democratic movement itself is not democratic ...

Hong Kong protest activists have been proactively contacting foreign governments and foreign press, telling them how righteous they are and why their governments are wrong. But why have they not received the majority’s supports from the locals?

Award-winning author, Selina Co, is a Hong Kong citizen (dual citizen) and is native in Cantonese (Hong Kong’s spoken language) and fluent in English and Mandarin. Selina has interviewed Hongkongers from all walks of life and translated protest activists’ videos, statistics, local newspapers and verified reports to English, showing protest activists’ misconducts, misleading actions, lies, misbehaviours and how undemocratic protest leaders have been. Sources are presented to you whereas possible so that you can verify them. Most of these have never been presented to foreign governments or foreign press.

Being currently in Australia, Selina can speak freely and present facts, without interference by China or by protesters and have no conflict of interests from either side.

This book also tells you about its history and problems the people face, from the society before the riots, how the society was like after it returned to China, back to the time when it was a British colony in the 1990s and how it was colonised in 1841.

We will also look into accusations against the Hong Kong police in 2019-20 political unrest. We will also discuss different aspects of Hong Kong politics, such as elections of the Chief Executive and members of the legislative council, pro-protest politicians and pro-government politicians, accusations against the governments and self-proclaimed pro-democracy leader Joshua Wong and other protest leaders and why independence would bring more harms than benefits to the people.

Perhaps, you will find that this historical ‘democratic movement’ is just a scam …

P.S. This book has nothing to do with cybercrime. Selina only happens to be a cybercrime detective, graduated from a top university there.

** This book is written for the best interest of the people. It has no intention to support or oppose Communist China.

Important
After successful payment, you will be redirected back to this website from where you can download the eBook.

Please order paperback from Amazon or other major Internet bookstores.