Explosive news! Do you know:

Videos, evidence, sources will be presented to you. Learn how dictatorial this ‘democratic movement’ have been.

Paperback and eBook available now in Amazon, Kobo and other major Internet bookstores. 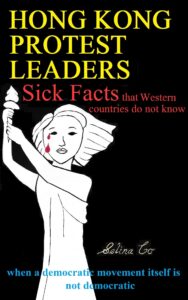